Happy 10th Anniversary to us!
What a fabulous Writers Unleashed Festival on 17th August 2019.
Thank you to all our participants and authors/editors for 2019: 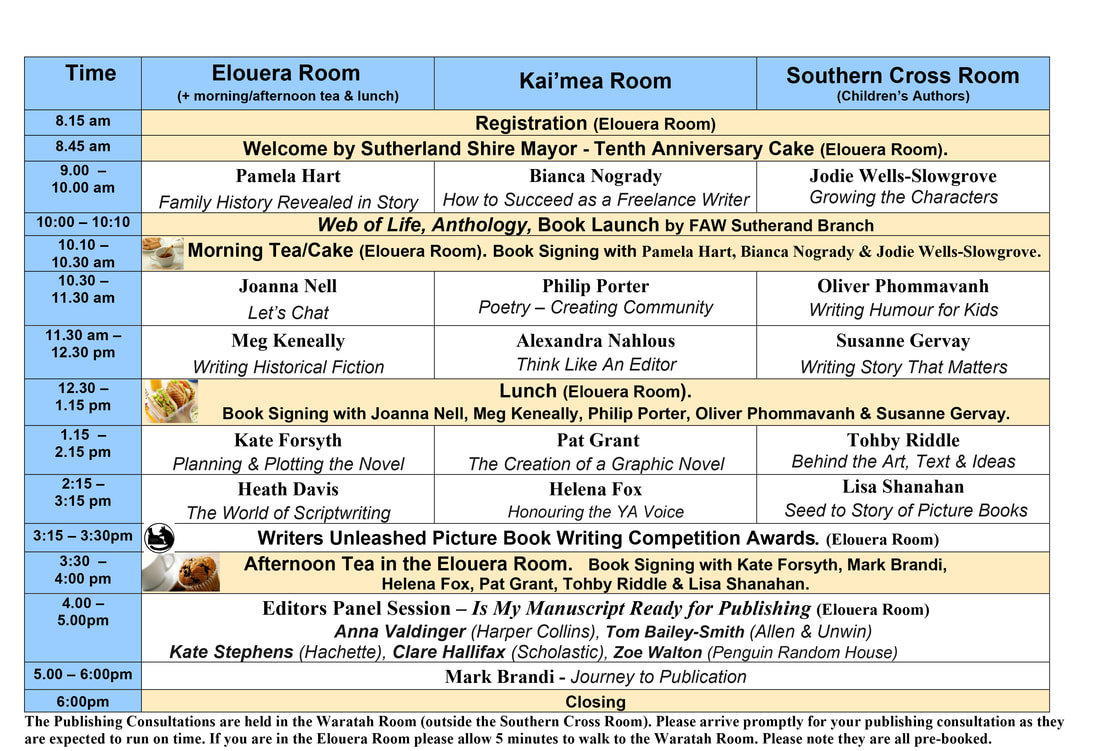 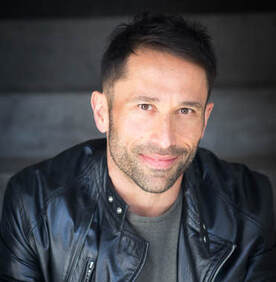 ​Mark Brandi
Mark is an award-winning Melbourne author who was born in Italy, then raised in a country Victorian town. He was the first Australian to win the coveted British Crime Writers’ Association Debut Dagger, but his road to becoming a successful novelist took a few unusual detours.   He worked as a political advisor and a hospitality worker before becoming a full-time writer. His work has appeared in The Big Issue and London Journal of Fiction, as well as being broadcast on ABC Radio National. Mark's first novel, Wimmera, was the recipient of the 2016 Debut Dagger Award from the Crime Writers' Association. His latest novel Rip was published Dec 2017. Catch his website. 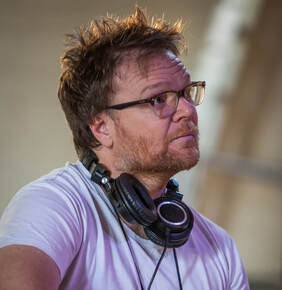 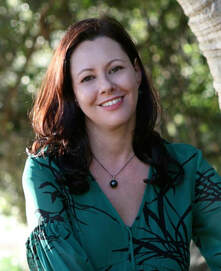 ​Kate Forsyth
Kate wrote her first novel at the age of seven, and has since sold more than a million copies around the world. Her books include Bitter Greens, a retelling of Rapunzel which won the 2015 American Library Association Award for Best Historical Fiction; The Wild Girl, the story of the forbidden romance behind the Grimm Brothers’ famous fairy tales, named the Most Memorable Love Story of 2013; and The Beast’s Garden, a retelling of ‘The Singing, Springing Lark’ set in the underground resistance to Hitler in Nazi Germany. Kate  has a BA in literature, a MA in creative writing and a doctorate in fairy tale studies, and is also an accredited master storyteller with the Australian Guild of Storytellers.  Her latest novel The Blue Rose will be published in July this year. Visit her website. 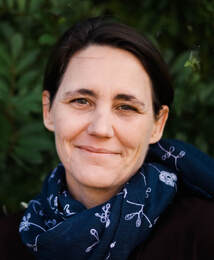 Helena Fox
​Helena lives by the sea in Wollongong, Australia, with her endlessly creative and kind family. She mentors and runs writing workshops for young people and facilitates the Young Writers Program at the South Coast Writers Centre. She is a graduate of the MFA Program for Writers at Warren Wilson College in the US.
Helena’s debut YA novel, How It Feels to Float was recently published in Australia and NZ by Pan Macmillan, and in the US and Canada by Dial/Penguin Random House.

​Helena has travelled and lived all around the world, but of all her adventures, working with young people and helping them find and express their voice has brought Helena the greatest joy. 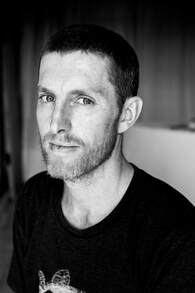 Pat Grant
Pat is a comic book artist from Austinmer. His first graphic novel Blue won multiple awards and has been translated into French and Italian. Blue was listed in Salon as one of the great graphic novels of 2012 by Laura Miller who is now a literary critic at The New Yorker. His newest project The Grot is a graphic novel for young adults about teenage con-artists in a grimy, post-industrial future. Pat has worked as an illustrator and an art director, a dishwasher and a wharfie, but these days he teaches in the Design School at UTS. He lives in a wooden house by the beach with his sweetheart and two little boys. 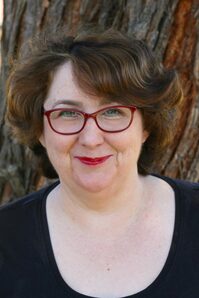 Pamela Hart​
Pamela’s  first book The Soldier’s Wife, was under her married name and was inspired by my grandfather’s service as an ANZAC at Gallipoli. Since then, she’s enjoyed working with other true stories set in and after WWI. Each book has given rise to the next, as she has stumbled over wonderful stories while doing the research for the current book. As Pamela Freeman she’s written children’s fiction, epic fantasy, crime fiction and children’s poetry. She became seriously interested in historical fiction when she wrote The Black Dress, a fictional account of the childhood of Mary MacKillop in the Australia of the 1840s-1860s. She has a Doctor of Creative Arts in Writing from the University of Technology, Sydney, and she teaches writing (face-to-face and online) at the Australian Writers’ Centre. Her writing started when she was a children’s scriptwriter for ABC Kids, which was where she began to write children’s stories. But then she discovered that she wanted to tell stories for adults, too, and particularly stories about women’s lives, loves, tears and joys. Visit her website. 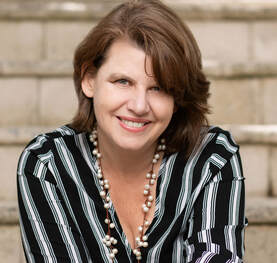 ​Meg Keneally
Meg has always been fascinated by the ocean and history, in particular maritime history and archaeology. A former SCUBA diving instructor, Meg still spends as much time underwater as she can. Meg has worked as a public affairs officer, sub-editor, freelance feature writer, reporter, and talkback radio producer, before co-founding a financial service public relations company, which she then sold after having her first child. For more than ten years, Meg has worked in corporate affairs for listed financial services companies. She is co-author with Tom Keneally of The Soldier's Curse and The Unmourned, the first two books in The Monsarrat Series.   Fled is her first solo novel. She lives in Sydney. 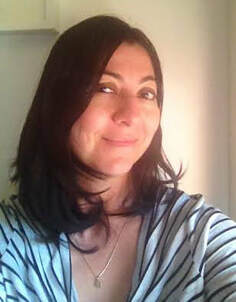 ​Alexandra Nahlous
​Alex is a freelance editor who specialises in narrative non-fiction and fiction.
She has worked in-house as a senior editor and fiction publisher, taught editing at UTS, and presented information sessions and workshops for authors at the New South Wales Writers’Centre and Sydney Writers’ Festival. She works with major publishers and individual authors who want to polish their work for submission or self-publishing. Visit her website. 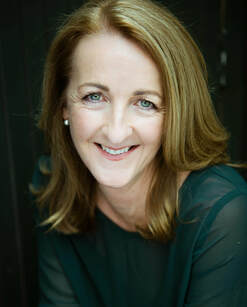 ​Joanna Nell
Joanna was born in the UK and studied medicine at Cambridge and Oxford universities and has lived in Australia for fifteen years. Her short fiction has won multiple awards and has been published in various journals and literary anthologies. As a GP with a passion for women's health and care of the elderly, Joanna is drawn to writing character-driven stories for women in their prime, creating young-at-heart characters who are not afraid to break the rules and defy society's expectations of ageing.
Joanna lives on Sydney's Northern Beaches with her husband and two teenage children. International rights to The Single Ladies of Jacaranda Retirement Vilage have been snapped up by major publishers in the UK and Gemany. 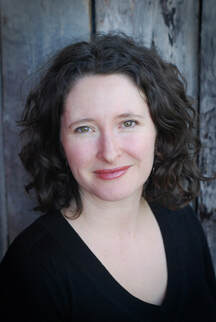 Bianca Nogrady
Bianca is a freelance science journalist, author and broadcaster. In more than a decade of freelance reporting, her work has appeared in outlets including Nature, The Guardian, the ABC and BBC, the Sydney Morning Herald, MIT Technology Review, Australian Geographic and Scientific American.
She is author of The End: The Human Experience Of Death, editor of the 2015 and 2019 Best Australian Science Writing anthologies, and co-author of The Sixth Wave: How To Succeed In A Resource-Limited World. Bianca regularly runs workshops on freelance writing, science writing, and science journalism.
​ 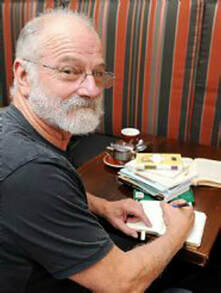 Philip Porter
Philip has had a portfolio career, in other words, a succession of unrelated jobs in a variety of countries, with no end-view in sight. They have all involved the use of language (the right expletive on a building site for instance) but this became a little more refined after completing a Masters in Creative Writing. He has a very modest collection of published poems in Australia, USA, Britain and New Zealand. As a follow-up to his stint as “poet in residence” under the aegis of Australian Poetry Philip organises the North Shore Poetry Project at The Incinerator, a Sydney café, featuring established and up and coming poets. He recently co-edited the groups Anthology, A Patch of Sun, with Luke Fischer and Kit Kelen and also The Intimacy of Strangers. He is also currently  the Special Advisor to the President of Meiji University, Tokyo. 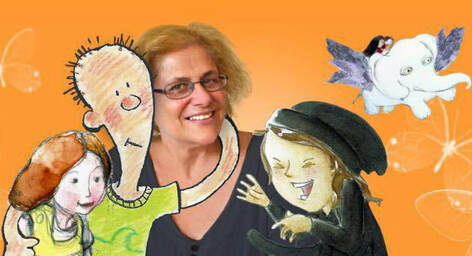 Susanne Gervey
You'll find Susanne planting 3000 mangroves in Kiribati; in Istanbul speaking to 1000s of kids about NO bullying; in remote indigenous schools bringing literacy to kids; in a juvenile detention centre sharing story with girls who deserve a future; from pre-schoolers to adults across Australia and internationally.  Awarded the Lifetime Social Justice Literature Award by the International Literacy Association, a nominee for the Astrid Lindgren Memorial Award with an Order of Australia, Susanne Gervay is recognized for her literature on social justice. Her short stories are included in works with Sir Salman Rushdie and David Malouf. Her I Am Jack books have become rite-of-passage on school bullying. Butterflies is recognized as outstanding YA literature on disability. Her picture books The Boy With the Big Blue Glasses and Elephants Have Wings are core to self esteem and inclusion. A Writer Ambassador for Room to Read and other literacy organisations, Susanne is committed to advocacy of reading. www.sgervay.com
​ 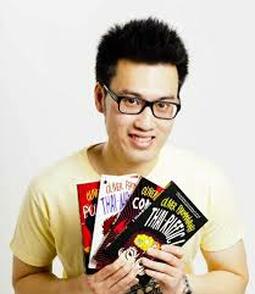 Oliver Phommovanh
Oliver loves to make people laugh, whether it’s on the page writing humour for kids or on stage as a stand-up comedian. He also shares his passion for writing with kids, using his experience as a primary school teacher. Oliver has performed at various comedy and writers festivals around Australia and Asia.
Oliver’s books are packed with laughs, but also carry a lot of heart and authentic characters living in a multicultural Australia.
His most recent books include Natural Born Loser and Don’t Follow Vee, which will be out in May. He is best known for his Thai-riffic!, Con-nerd shortlisted in both the YABBAs and KOALAs for the last three years running and The Other Christy books.   Visit his author page. 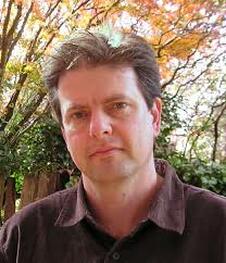 Tohby Riddle
Tobhy is an award-winning writer, illustrator, cartoonist, designer and sometime editor based in the Blue Mountains near Sydney. He has written and illustrated numerous well-loved picture books; written a young adult novel and was the cartoonist for Good Weekend for nearly ten years. He also illustrated the multi-award-winning Word Spy books (Word Snoop in the US) written by Ursula Dubosarsky.  Visit Tohby at his blog. 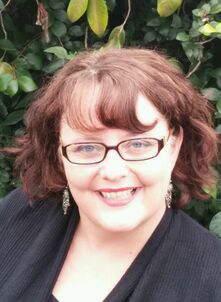 Lisa Shanahan
Lisa was born and grew up in Sydney, where she spent a whole chunk of her childhood imagining that aliens had landed on earth and invaded all the bodies of all the humans she met, including her mum. These days, she is an award-winning writer of picture books and fiction for young people. Some of her well-loved picture books include Big Pet Day (ill. Gus Gordon), The Whole Caboodle (ill. Leila Rudge) and the 2010 CBCA Book of the Year for Early Childhood, Bear and Chook by the Sea (ill. Emma Quay.) Her young adult novel, My Big Birkett was shortlisted for the 2007 CBCA Book of the Year for Older Readers and in the United States, where it was a 2008 New York Public Library Best Book for the Teen Age. Her middle-grade novel, The Grand, Genius Summer of Henry Hoobler, received the 2017 Queensland Literary Award for Children’s Fiction and was shortlisted in the 2018 CBCA Book of the Year Award for Younger Readers. Her most recent picture book, Hark, It’s Me, Ruby Lee! (ill. Binny Talib) was a 2018 CBCA Honour Book of the Year for Early Childhood and was shortlisted in the 2018 Prime Minister’s Literary Awards for Children’s Fiction.
Lisa loves moon-gazing, making up words, black cockatoos, hot cups of tea and shouts of unexpected laughter. She continues to lives in Sydney, with her husband, their three sons, one flouncy, bouncy spoodle and as far as she knows, no sneaky undercover aliens. Catch her at her website. 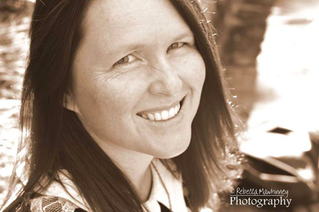 Jodie Wells-Slowgrove
Jodie is a children’s author and teacher-librarian. Passionate about encouraging children to enjoy reading and writing Jodie was a contributor to the Teachers 4 Teachers Reading Box and co-founder with fellow author Sandy Fussell, of The Story Crowd, a provider of quality Children’s Literature Festivals for Australian Primary schools. Her fantasy chapter book series, The Wilderness Fairies was first published in 2014 by Penguin Books Australia. Visit her here.